Get to know our innovative Filmfabriek scanners. Simple, affordable and amazing quality! Filmfabriek Media Platform is our digital solution for managing your film archive. All our scanners are equipped with wetgate, a must-have to remove scratches while scanning. All our products are easy to setup and to use. Installations can be done both online and on-site. 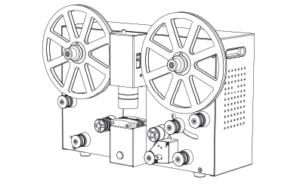 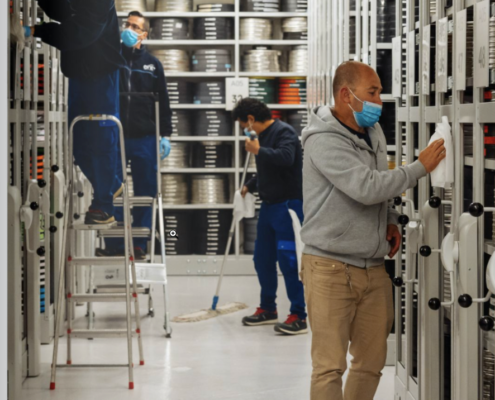 We are proud to be a FIAF supporter. Their magazine 'Journal of Film Preservation' is recognized as one of the leading sources of research in film preservation.
https://filmfabriek.nl/wp-content/uploads/2020/11/JOURNAL-OF-FILM-PRESERVATION-103-OCTOBER-2020_small.png 1240 886 Leon Joanknecht https://filmfabriek.nl/wp-content/uploads/2019/07/Filmfabriek-beeldtekstlogo-web-1.png Leon Joanknecht2020-11-02 09:28:192020-11-02 09:34:32Filmfabriek announces 2 new models in FIAF 'Journal of Film Preservation'

This year we will once again attend the annual Archiving event: ARCHIVING 2020. This online event starts on Monday 18 May and ends on Thursday 21 May. Check out the program HERE. Take a look HERE to see our 2-minute presentation. &nbs…
https://filmfabriek.nl/wp-content/uploads/2020/05/archivingonline-e1589901417656.jpg 72 245 Leon Joanknecht https://filmfabriek.nl/wp-content/uploads/2019/07/Filmfabriek-beeldtekstlogo-web-1.png Leon Joanknecht2020-05-19 15:18:172020-10-11 06:52:37Filmfabriek at Archiving 2020
“We at RI-PRESE use an HDS+ Filmfabriek scanner to digitize and preserve home movies of the city of Venice and so protect its unparalleled memories, slowly fading away. A machine like this allows us to carry out our mission with superb quality, for every format, relying on an excellent technical support.
Since the beginning our relationship with Filmfabriek has been based on a great humanity: we had just been hit by November 2019 high water, which had severely damaged our activities. We found in them an empathy that soon turned into cooperation and friendship.”
RI-PRESE

“Leon and Bas joined us at our office to set up our HDS+ scanner in late May they were friendly and professional. Our clients have been delighted with our new stylish equipment as we are the specialist in digitisation, the Filmfabriek team and equipment have made it possible for us to continue our relationship with our prestigious clients and further our ability to deliver excellent digitisation services. We hope to continue our relationship with the Filmfabriek team.”

“Since 2013, a framescanner by filmfabriek is our everyday working horse. The versatility and great image quality combined with the restoration software allow us to achieve perfect results. Handling and workflow of the machine are efficient, so that we can offer attractive pricing.”

“Even though there are several high-profile solutions for small gauge film digitization, Národní filmový archiv has selected HDS+ 4K scanner by FilmFabriek BV mainly because of it’s vision to deliver a sustainable product. Thanks to it’s openness, modularity and clever approach to solving difficult problems, HDS+ allows us to digitize film heritage reliably in the state-of-the art quality, with a future-proof hardware.

The mission of Národní filmový archiv, Prague (NFA) is to preserve cinema heritage, to further its public understanding and to facilitate the development of the Czech audiovisual industry and film culture. NFA was set up in 1943 and in 1946 became a member of the International Federation of Film Archives – FIAF. In 1997 it became a founding member of the Association of European Film Archives and Cinematheques, ACE (Association des Cinémathéques Européenes).”

“The Filmfabriek HDS+ 4K film scanner has opened many doors for us and our clients. Its stunningly beautiful images allow us to work toward preserving existing archival material as well as promote the next generation of motion picture film users.”

Here’s my feedback after using the SteadyGate on all film formats :

Your SteadyGate is doing a good job !
The film format that your scanner was best at stabilizing without SteadyGate was the 9.5mm, and with the SteadyGate it still does a great job, even a better job sometimes.

Our scanners are used by

We are young people, passionate about listening to film people and experiencing film

Offer the best service we can provide to all our customers

We want to offer the best scanning quality, and best build quality at the most affordable price

We use cookies to ensure that our website can run smoothly. In addition, we also place analytical cookies that track your surfing behavior. If you continue to use the website, we will assume that you agree.